Seton Swimming and the 2020-21 Season of Overcoming Obstacles 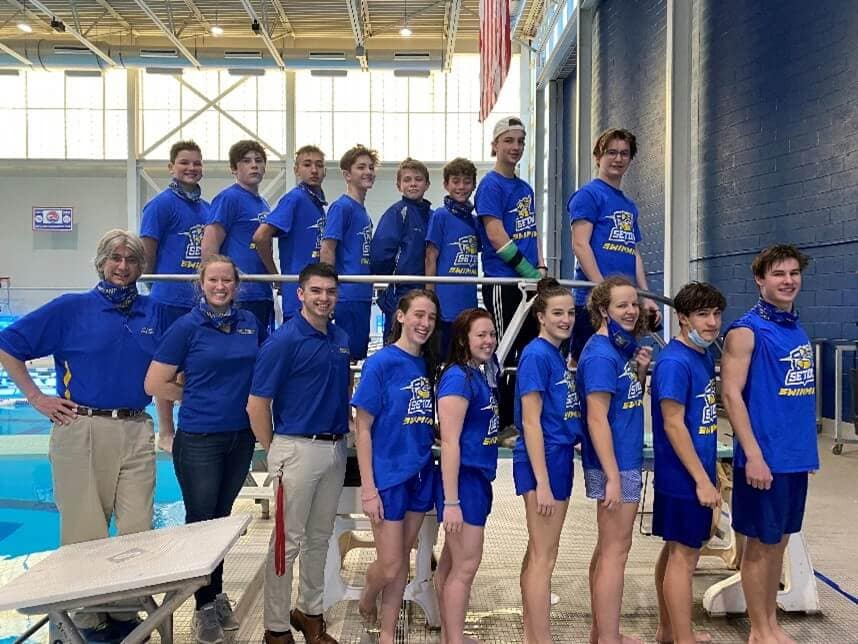 In March 2020 COVID-19 rocked our world, our government shut down life as quickly and catastrophically as if a great meteor had struck the earth. When fall arrived, life in America was still abnormal with millions masked and living in fear of a virus, most schools and gyms closed or severely restricting access, and small businesses like restaurants closing, or fighting to open and survive. It rocked our world, but not our faith or determination.

Many assumed and even said that the obstacles were insurmountable for having a swim season. Apparently, no one told twenty-year Seton Varsity Swimming Coach, Jim Koehr, that they were insurmountable, or more accurately, he heard and decided to prove them wrong through sheer grit.

Would the Freedom Center host Seton’s LARGE team? How would swimmers be able to get changed for school after practice without locker rooms? Would swimmers, coaches and officials agree to wearing masks and would there be enough of them for Covid policies? How could you keep people “safely distanced?” Would there be any DAC teams or other high schools to swim against? Let us just say Seton Swimming was handed a lot of lemons and made a lot of lemonade this 2020-21 swim season.

Looking back over the past four months, every obstacle was overcome and one of the most successful and memorable seasons in recent years is complete, thanks to a dozen devoted coaches; 106 determined swimmers, divers, and student managers; 47 parent volunteers; and the hospitality of the Freedom Center and the Warrenton Aquatic and Fitness Center and their staff.

Here is a recap of some of the bigger accomplishments: 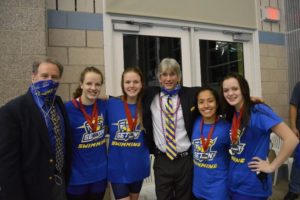 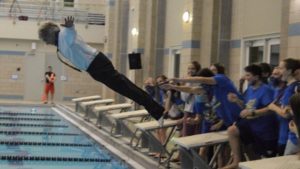 To top off the epoch, stoic, heroic efforts by Coach Koehr, we celebrate and thank him for his twenty years of coaching Seton Swimming, and he was named Coach of the Year honors by the Delaney Athletic Conference coaches. Thanks to Jim and his huge cast of volunteers, Seton Swimming and its 106 student athletes had a great season despite or perhaps even because of the many obstacles!