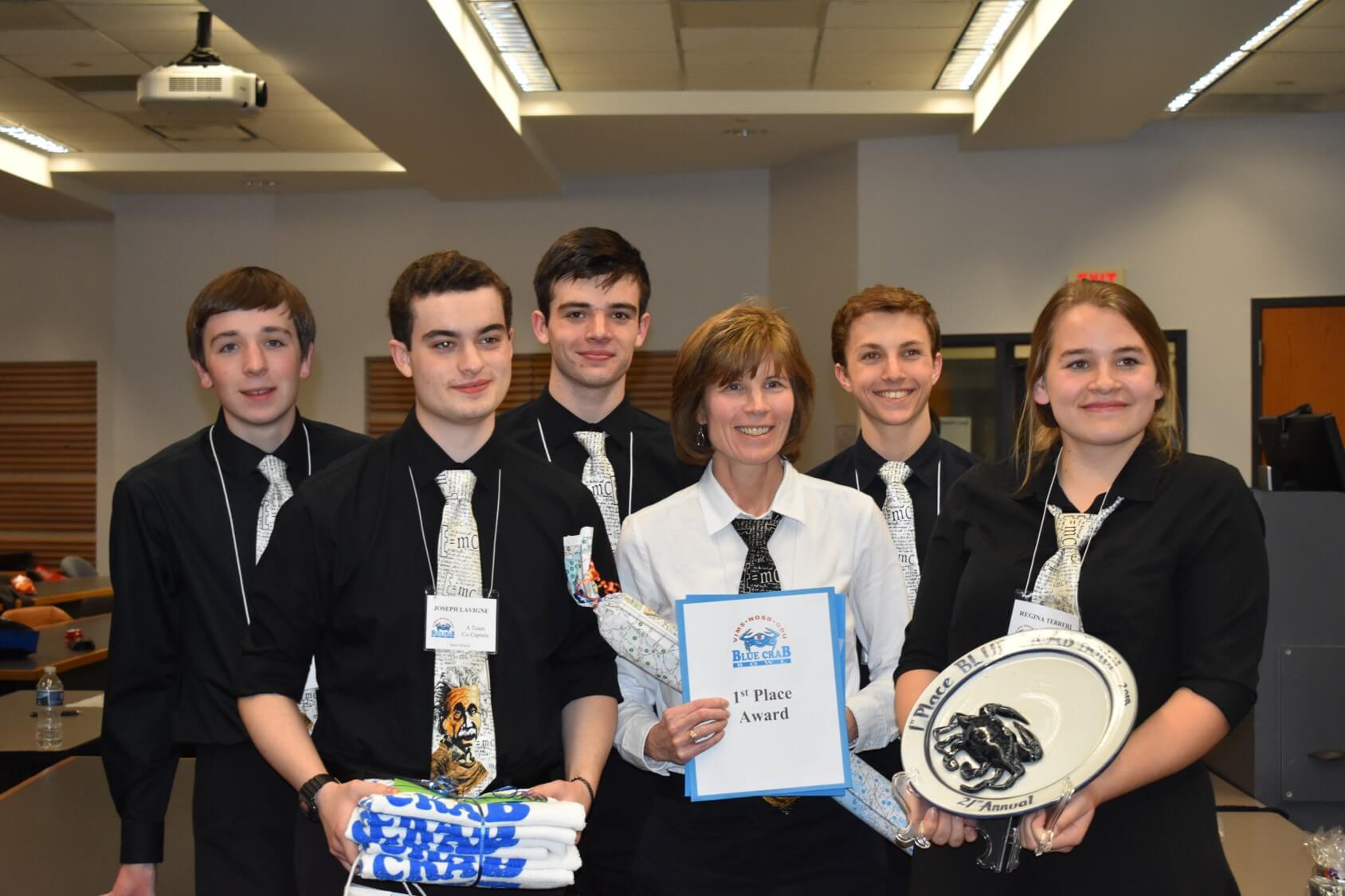 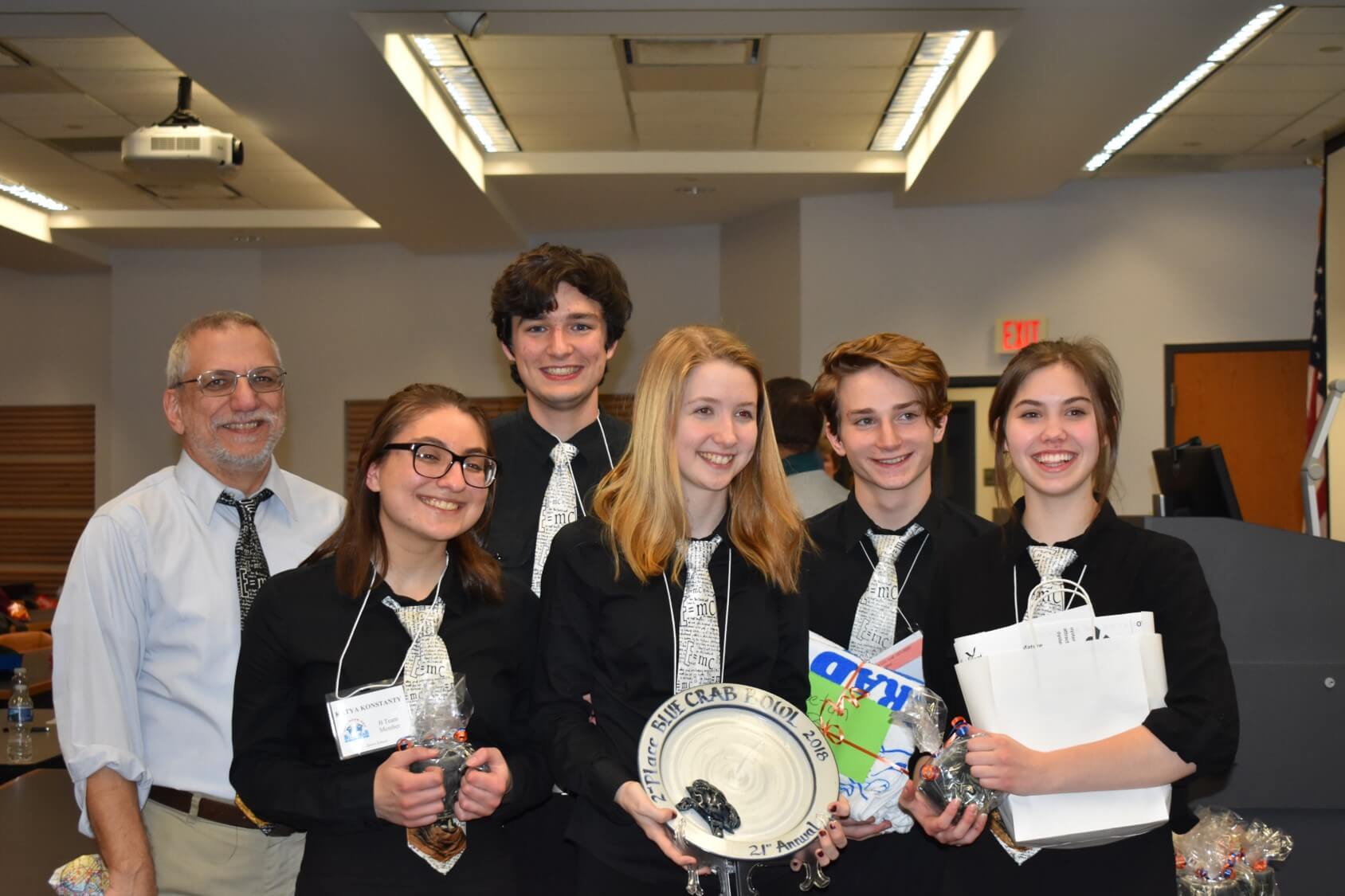 Congratulations to Seton’s A and B Blue Crab Bowl marine science teams for winning first and second place, respectively, at the 2018 competition in Virginia Beach on Saturday!  This was a huge “David and Goliath” win – Bishop Sullivan High School has taken first place at this competition every year for the last ten.  It is a double-elimination competition and both of Sullivan’s losses came at the hands of Seton teams, which ultimately resulted in their facing each other in the final two rounds.  Seton A had remained undefeated through the entire competition, and a win against their classmates in round 10 would have secured them the final victory.  Seton B wasn’t about to give anyone a break, however, and handed their A team friends a decisive round 10 loss, forcing them into round 11.  Seton A was feeling the heat!  The matter was ultimately decided in the last 3-4 minutes of the final match when Seton A rallied to build on the lead it had established early in the round.

This was a huge achievement.  We all know the academic demands, college prep, sports, dramatics, and other pressures placed on contemporary high-school seniors, yet over the last several months these students have voluntarily dedicated many, many hours to studying and practicing the skills needed to produce Saturday’s results.  Please join their coaches, the Seton faculty and staff and their families in congratulating them for their victory and, more importantly, in thanking them for the grace and humility they displayed throughout.  They were, in this time and place, ambassadors of Seton School, and we could not have asked for better.

The first place team is invited to compete at the National Ocean Sciences Bowl in Boulder, Colorado, from April 19- 22, and will be carrying on their preparation and study between now and then.

On a final note, both teams are comprised entirely of seniors, meaning that next year we will be “starting from scratch”, as it were.  We have two students who have expressed interest, and Mr. Konstanty and Mrs. Kellogg are eager to continue as coaches, but as it stands now we could not train and field a complete team.  Please consider talking to your student about the possibility of joining the team for the 2018-2019 academic year.  The current team members would agree that it has been an enriching, rewarding, fun and challenging experience, the memories of which will be with them for a lifetime. 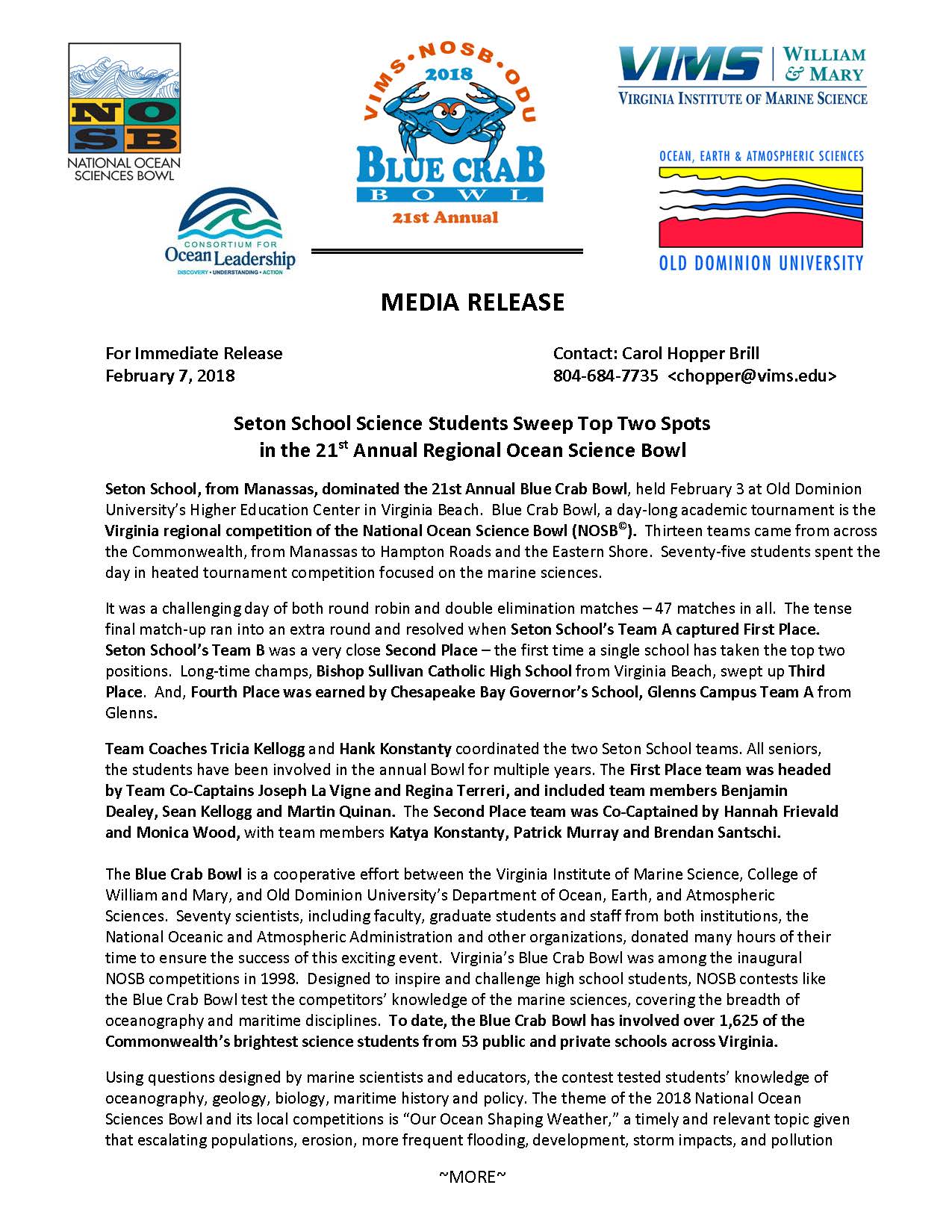 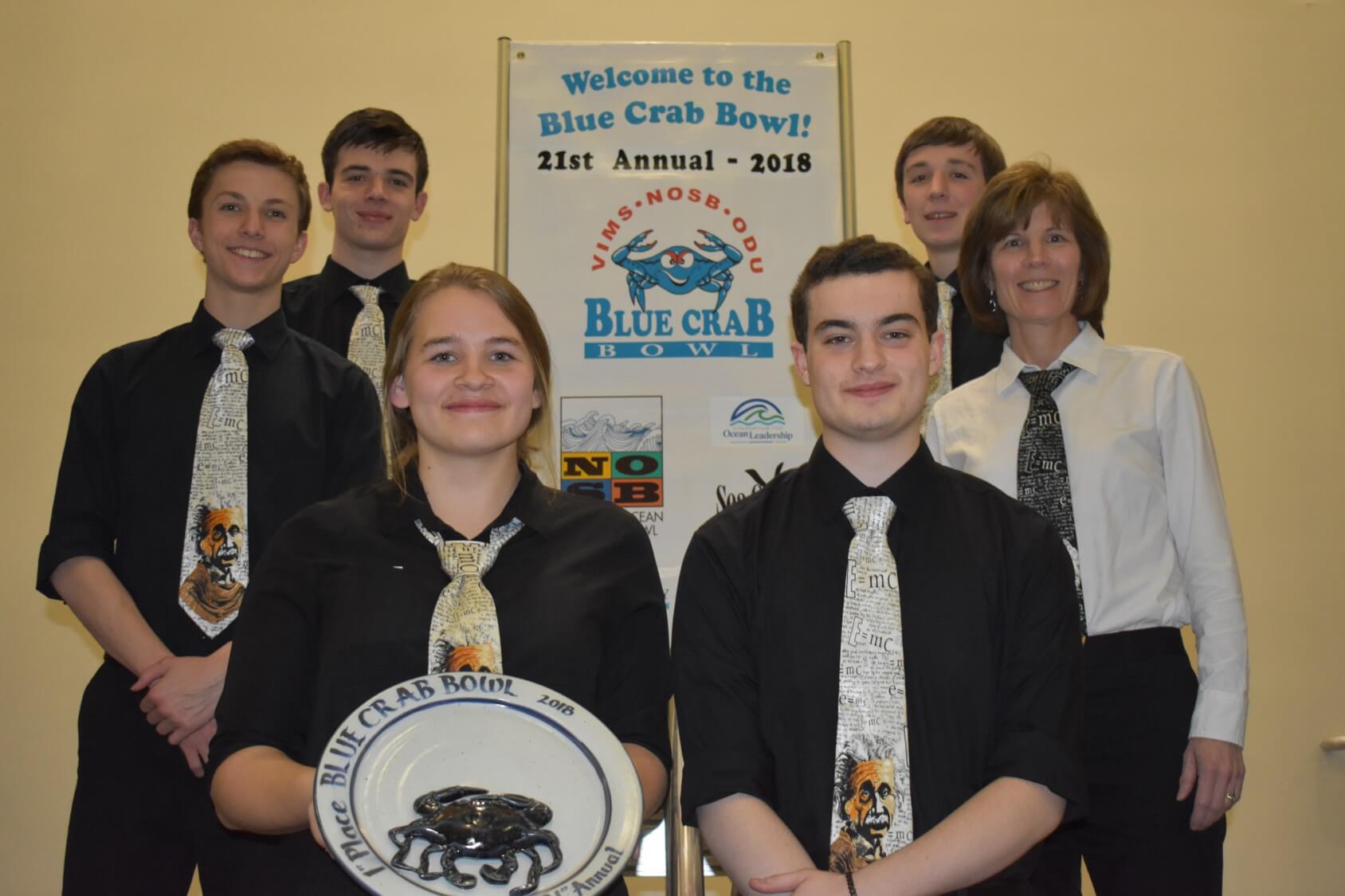 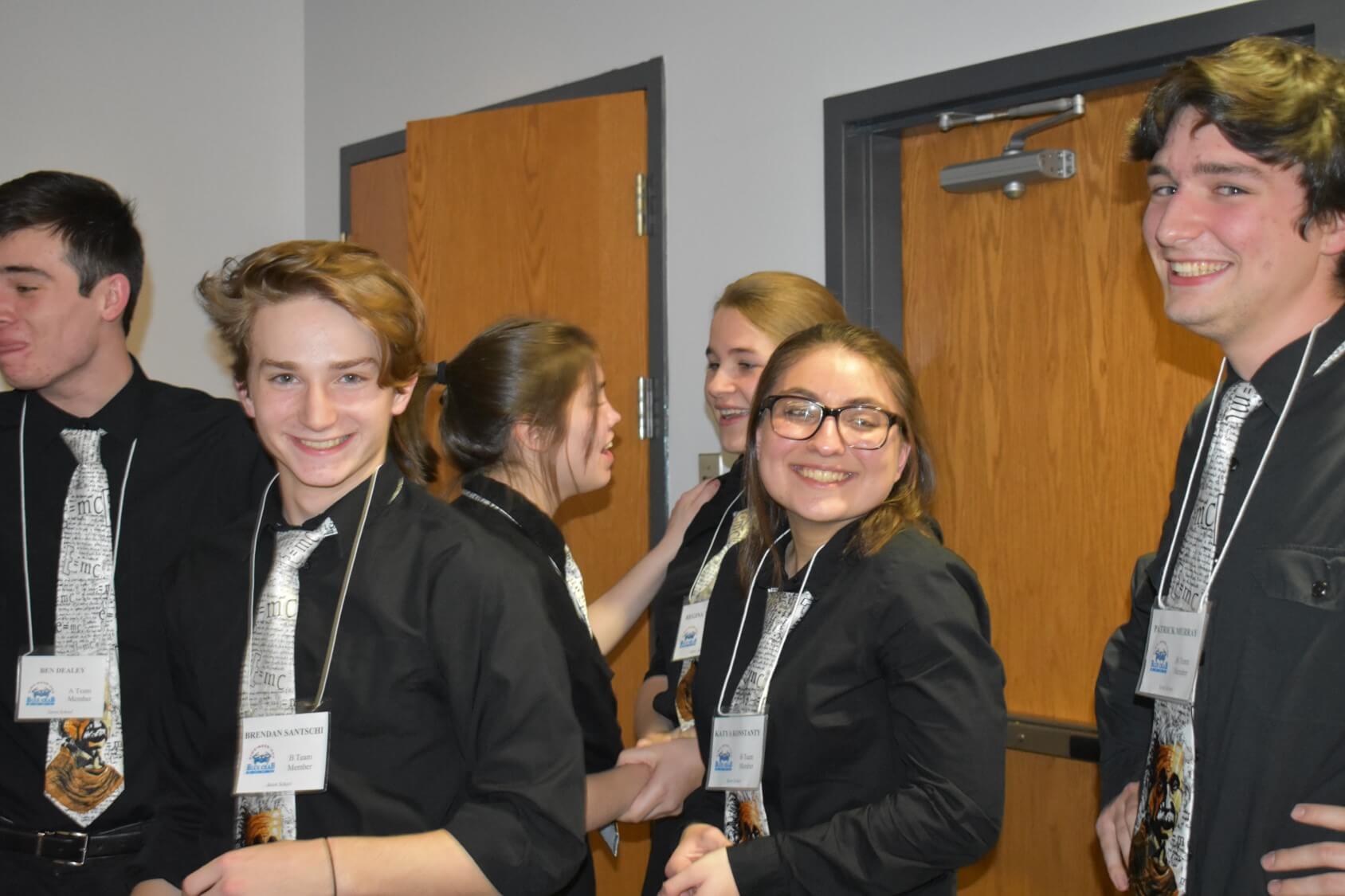