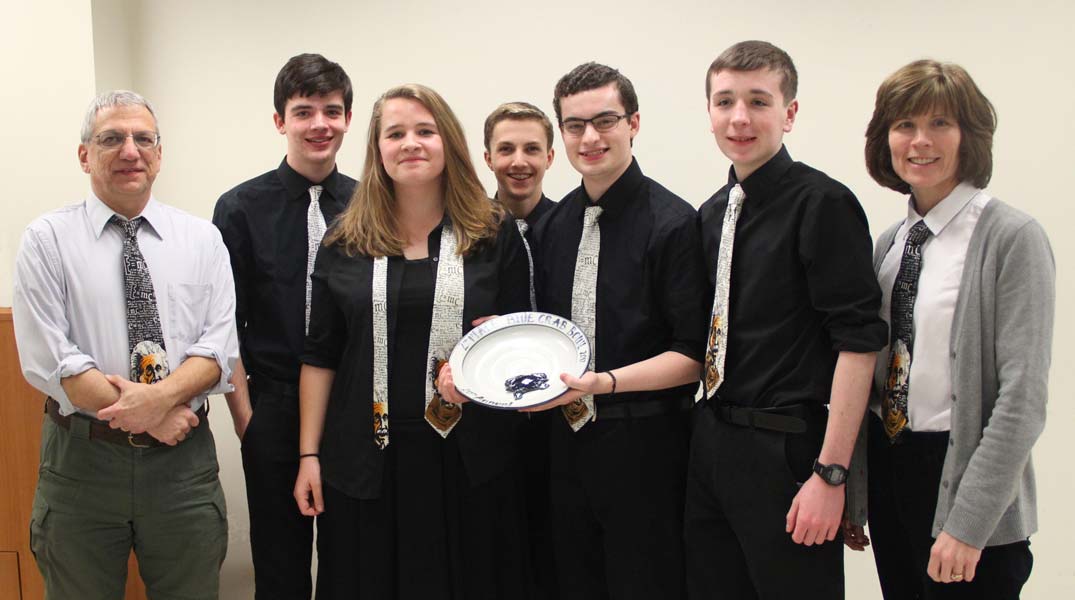 At the 20th annual Blue Crab Bowl competition held February 18th at the Virginia Institute of Marine Science, Seton’s A Team, captained by Regina Terreri and Joseph Lavigne, and featuring Sean Kellogg, Martin Quinan and Ben Dealey, placed 2nd.  Seton B Team, captained by Brendan Santschi and featuring Hannah Freivald, Monica Wood, Catherine Moore and Patrick Murray, placed 4th.  Both the A and B teams brought home Bowl Trophies for placing in the top 4, the first time that both of our teams won trophies!

Fifteen teams from across the Commonwealth competed in this academic tournament designed to test knowledge of the marine sciences.  The first place finisher goes on to compete at the national finals in April.  Watch for these Seton students to return next year and make their bid for the chance to go to the national competition.  Go Seton!
​

Check out the Press Release!